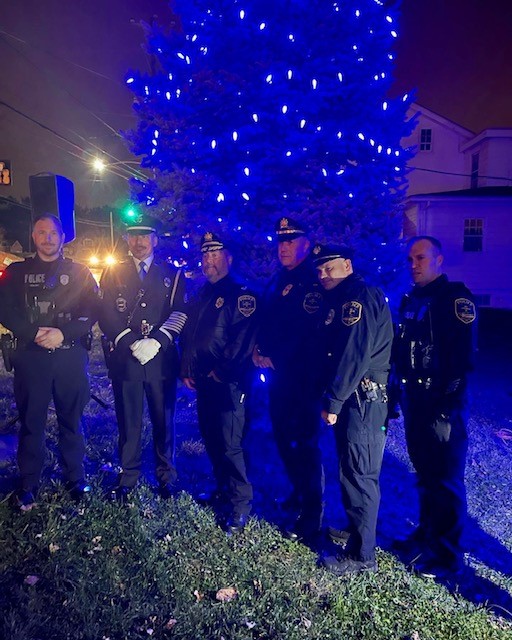 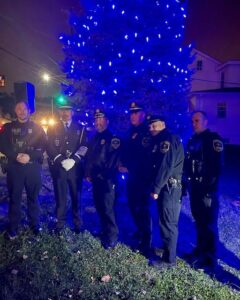 The event paid tribute to the memory of fallen police officers during the holiday period.

Project Blue Light was started in 1989 by Dolly Craig to honor the memory of her late son-in-law, Philadelphia Police Officer Daniel Gleason, killed in the line of duty in 1986.

Several years ago Craig sent her holiday blue light message to Concerns Of Police Survivors, Inc. (COPS) saying she was placing two blue lights in her window during the holiday season, one in memory of Gleason and one remembering his wife, Pam who was killed in an automobile accident in 1988. Craig is now deceased but her idea is her legacy. Project Blue Light has grown into a national program and burns brigh  t in the hearts of 10,000 surviving families of officers killed in the line of duty as they rebuild their lives. This year’s FBA tree lighting is going “green” using energy efficient LED blue lights. Once lighted, the tree will remain lit every night during the holiday season. 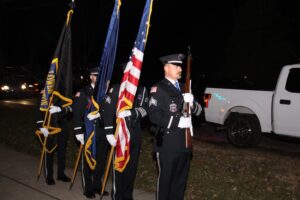 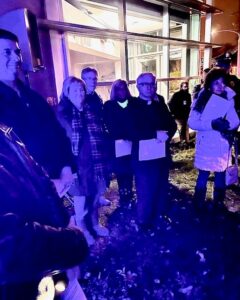